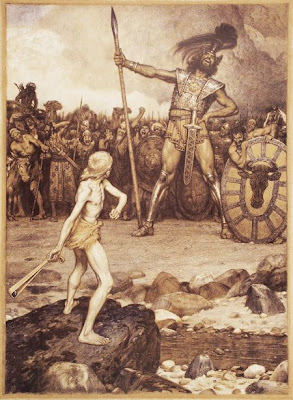 David and Goliath by Osmar Schindler, 1888.

The discovery of a second fortified gate at the Elah Fortress near Bet Shemesh, Israel, may be evidence of the Biblical battle between young David and the giant Goliath.

The Bible describes David as battling Goliath in the Elah Valley near Sha'arayim, which means "two gates" in Hebrew, said Hebrew University archaeologist Yosef Garfinkel. "All the sites from this period uncovered so far had only one gate. We have two gates and this is very unusual."

The gate, constructed of stones weighing up to ten tons, is located on the site's eastern side, facing Jerusalem.

The discovery is the second recent find to be made at the Elah Fortress. In October, Garfinkel revealed a 3,000-year-old pottery shard with text believed to be Hebrew—then hailed as the most important archaeological discovery in Israel since the Dead Sea Scrolls.

The fortress is the first site found from the Iron Age in what was once territory controlled by King David. "Everything comes together—the geography, the Bible, and the radiometric dating. It's no coincidence," Garfinkel said. 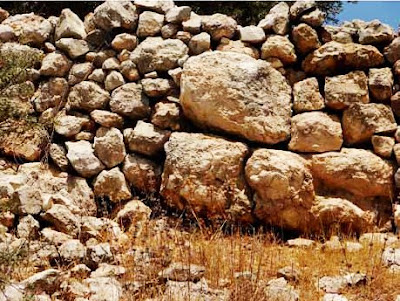 The massive second gate at the ancient Israeli fortress, indicating it may be the Biblical Sha'arayim, where David battled Goliath. 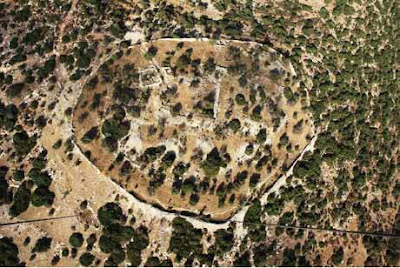 Aerial view of the Elah Fortress, where artifacts are being unearthed dating back to the presumed time of King David.

Posted by Gregory LeFever at 8:33 PM

I just recently wrote a story of historical fiction on the biblical Samson, and Heracles. Would be honored if any historians would check it out! Its free to read!