Striving to Define Shamans vs. Priests 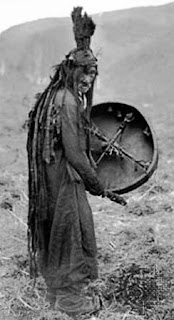 An important step toward clarifying ancient “religious specialists” is occurring and should provide archaeologists with a more consistent framework in defining a “shaman” versus a “priest.”

The Signs of the Sacred: Identifying Shamans Using Archaeological Evidence by Christine VanPool is being published in the upcoming Journal of Anthropological Archaeology, and the article is discussed in Kris Hirst’s About.com archaeology blog.

According to Hirst, quoting VanPool, religious specialists are people in a given society who have a connection to the deities who control things humans cannot.

“Religious specialists are classed by dry-as-dust archaeologists as ‘craft specialists’, and the presence of craft specialists ~ people with assigned part-time or fulltime jobs including crop tending and child care and pot making and flint knapping and tending to the religious needs of a society ~ is one of those characteristics of complex societies that anthropologists (and archaeologists) use to discuss how people organize themselves,” Hirst writes.

Definitions of the two major religious specialists, based on VanPool’s paper, are: 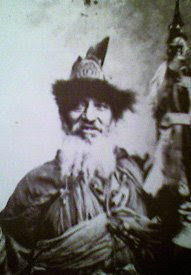 The two categories are created by archaeologists and anthropologists, and are not mutually exclusive in real-life applications ~ you can have both types of specialists in a given society.

“Some societies have shaman-priests who combine traits of both,” Hirst writes. “Further, many native religions were greatly impacted by colonization and missionaries, creating a great loss of diversity; but colonization, agricultural complexity and even urbanization does not necessarily entail a complete shift away from shamanism.”

I couldn't help but marvel at the comparison between such 'dry' and dusty academics, and the vibrant, dynamic culture of which they speak that seems so elusive in the face of attempts to label them.

So true. The contrast occurs in many of this blog's postings (and even more so in my Quantum Spirit blog) when scientists attempt to quantify the spiritual. The higher vibrational realms clearly resist the slicing and dicing mandated by the scientific method.

A pleasure to have you visit!