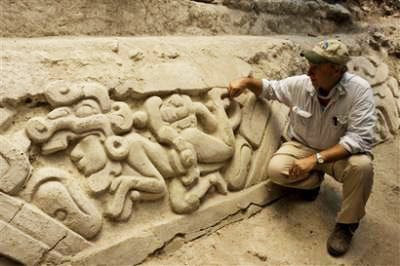 A limestone frieze found recently at the El Mirado archaeological site in northern Guatemala shows Hunapu and Ixbalanque, the twin heroes of the Popul Vuh, the sacred book of the Maya Indians. The frieze ~ discovered by a team of investigators led by an American archaeologist, Richard Hanson, shown in these Associated Press photos released yesterday ~ is believed to date to 300 B.C. 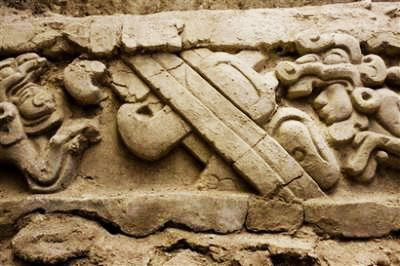 Posted by Gregory LeFever at 1:02 PM