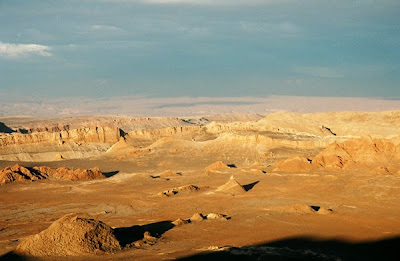 The discovery of so many animal bones in a remote cave is potential evidence of a prehistoric flood brought on by an ancient cataclysm. Several scientists and researchers have put forth the possibility of countless humans and animals seeking safety in caves from a Great Deluge about 12,000 years ago.

The scientific expedition into the Atacama Desert was to learn more about finding caves, in an effort to support current exploration on Mars. The desert is likely the second-driest place on Earth – Anarctica being the driest – with its average rainfall less than a millimeter a year.

Scientists this week were exploring one of the largest caves in the desert when they unexpectedly encountered mud and then a salt stream winding through a passage. “In arguably the driest desert in the world, we’ve found water in a cave far away from any known water source,” Judson Wynne, a cave expert with the SETI Institute, said.

In a nearby cave, they made another unexpected discovery. “We found hundreds of thousands of bones and skulls eroding out of the cave walls,” Wynne said, adding that the bones were mixed in with tree branches.

The researchers said a prehistoric flood could have the animals could have been trapped in the large cave. At this point, they have not determined the age of the bones.

Click here for the LiveScience article.
Posted by Gregory LeFever at 9:42 AM