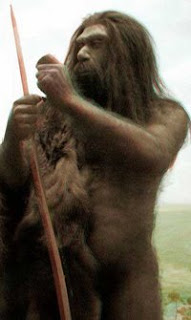 Scientists have mapped the world’s first complete Neanderthal mitochondrial genome sequence, enabling them to learn more about the split between modern man and his prehistoric ancestor of 300,000 years ago.

This latest breakthrough offers insight into mankind’s evolutionary path, and is vital for eventual construction and analysis of the complete Neanderthal genome – providing full genetic information – expected by the end of this year.

Though the findings still are sketchy, they prove conclusively that humans and Neanderthals did not interbreed to the extent that would influence either group’s DNA. There was also minimal genetic mixing within the Neanderthal DNA, indicating that they lived in small, self-contained groups—with very little intermingling with other groups—suitable to their hunter-gatherer way of life.

These latest genome findings result from DNA analysis of a 38,000-year-old Neanderthal bone at the Max Planck Institute for Evolutionary Anthropology in Leipzig, Germany. Researchers said they went to extraordinary lengths to keep the Neanderthal DNA uncontaminated by human handling.

Click here for the New Scientist article.
Click here for an in-depth article in The Independent.
Posted by Gregory LeFever at 11:39 AM