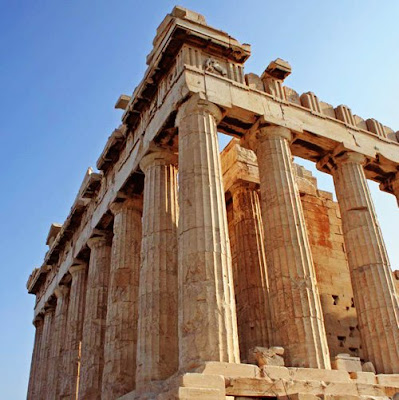 Japanese scientists plan to examine the Parthenon temple in Greece to discover the secret of how it has withstood earthquakes for 2,500 years.
“The Parthenon had great resilience to earthquakes, as did most classical Greek temples,” says archeologist Maria Ioannidou, who oversees the Acropolis citadel. “The ancient Greeks apparently had very good knowledge of quake behavior and excellent construction quality.”
The Japanese research team will visit Greece in September to study the famed marble temple built in the 5th century B.C. on the Acropolis in Athens to honor the goddess Athena. It is considered the most important surviving building of Classical Greece. Built on solid rock, it has stone foundations nearly 40 feet deep. Its walls are held together by metal joints coated in lead to prevent rust.
Both Greece and Japan are sites of frequent earthquakes, with several ancient Japanese monuments also having withstood severe tremors. The scientist want to identify any common construction techniques that could be contributing to the stability of these ancient structures.
The Parthenon has withstood earthquakes as far back as 373 BC when one destroyed the city of Elike and another in 226 BC that toppled the Colossus of Rhodes. A 5.9-Richter quake in 1999 killed 150 people in Athens and shifted some of the temple’s architectural elements, but caused no major damage.
Through two millennia, people have caused most of the significant damage the temple has suffered, not nature.

Posted by Gregory LeFever at 4:42 PM