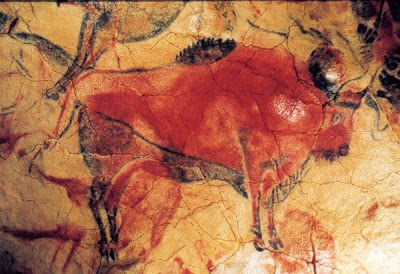 Using uranium-series technology, scientists have been able for the first time to accurately date paintings in Spain's famous Altamira caves.
Scientist are now saying some of the world’s prehistoric cave paintings may have been a 20,000-year work in process. Across hundreds of generations, the prehistoric paintings in Europe’s caves were refreshed, added to and sometimes painted over.

The realization came about as the result of new technology enabling researchers for the first time to accurately date paintings that span millennia. The technique is called uranium-series technology, which reduces the dependency on carbon in the dating process, where carbon has proven to be notoriously unreliable.

"The art gives us a really intimate window into the minds of the individuals who produced them, but what we don't know is exactly which individuals they were as we don't know exactly when the art was created,” says Dr. Alistair Pike of Bristol University, who is leading the research. “If we can date the art then we can relate that to the artifacts we find in the ground and start to link the symbolic thoughts of these individuals to where, when and how they were living." 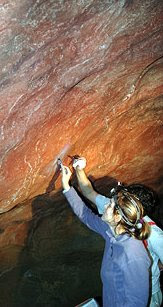 Scientists have used the new techniques to date a series of famous Palaeolithic paintings in northern Spain known as the "Sistine Chapel of the Palaeolithic,” thought to date from around 14,000 years ago. But Pike’s team discovered some of the paintings were between 25,000 and 35,000 years old. The youngest paintings in the cave were 11,000 years old.

"We have found that most of these caves were not painting in one go, but the painting spanned up to 20,000 years,” he said. “This goes against what the archaeologists who excavated in the caves and found archaeology for just one period. It is probably the case that people did not live in the caves they painted. It seems the caves they lived in were elsewhere and there was something special about the painted caves."