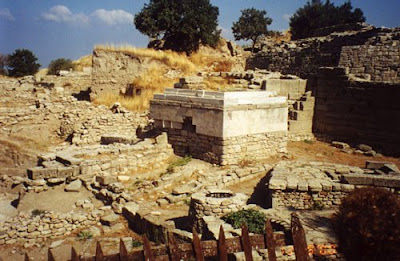 The revised dating was based on analysis of four skeletons as well as wooden and ceramic artifacts discovered two months ago on the site of the city, which the Greeks founded as Byzantium.

Ismail Karamut, director of Istanbul’s Archaeological Museum, said the new findings will force historians to rewrite the history of the important ancient city. While founded as Byzantium, it later was known as Constantinople until it became Istanbul in 1930. Today it is the world’s third largest city.
Click here for the article in Novosti.

Posted by Gregory LeFever at 3:20 PM