These photos and information are from this MSNBC page, text by John Roach and photos courtesy of GeoEye. The images wee taken b GeoEye's Ikonos satellite flying 423 miles above Earth at about 17,000 miles per hour. The selection is 10 of the ancient world's most prominent sites for tracking constellations and planetary movements.
* * * * * * * * * * 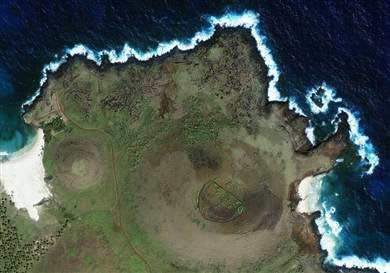 Hundreds of stone statues called moai (pronounced mo-eye) ring Chile's Easter Island in the remote Pacific Ocean. Almost all face inland, perhaps keeping watch over agricultural villages. But seven of the statues, located at an inland site known as Aku Akivi, gaze out over the ocean to a point on the horizon where the sun sets during the equinox, a sign that the islanders had astronomical precision. 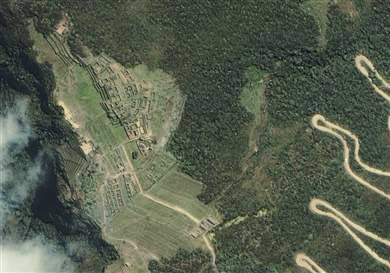 Machu Picchu: A shrine to the sun?

The mountaintop citadel of Machu Picchu in Peru appears to some as purely an Inca shrine to the sun. Structures with purported solar alignments certainly abound. Most famous is Intihuatana, the hitching post of the sun. At noon on the spring and autumnal equinoxes, the sun rests directly above the pillar so that it casts no shadow. (In an infamous side note, a chip was knocked off the block in 2006 during a filming accident for a beer commercial.) Other structures, such as the Temple of the Three Windows and the Temple of the Sun, shine uniquely on the summer solstice. 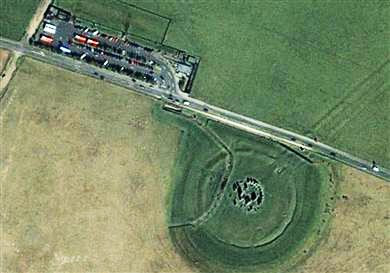 Stonehenge: The place for a solstice party

The exact purpose of Stonehenge, an ancient ring of stones in the countryside near Salisbury, England, remains controversial. Nevertheless, its alignment with sunrise at the summer solstice makes it the world's most famous destination to celebrate the longest day of the year. The outer ring of large sarsen stones are arranged in formations that appear to mark the seasons. The bluestones in the inner ring are thought to have healing powers. Most archaeologists believe the monument, which dates to 3100 B.C., was both an astronomical observatory and a religious site. 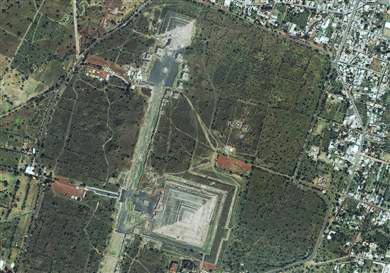 To this day, mystery surrounds who designed the planned metropolis of Teotihuacan, located about 25 miles north of Mexico City. But whoever the builders were, they seem to have been in tune with the motion and alignment of the stars. The grid is aligned 15.5 degrees east of north. And the Pyramid of the Sun, the third-largest pyramid in the world, is aligned so that the sun passes directly overhead on May 19 and July 25. Some scholars have invoked the motion of the Pleiades and Sirius constellations in Teotihuacan's alignment. Others point to the setting sun on Aug. 13, the day the current cycle of the Maya Long Count calendar was set in motion, as the anchor. At its height around the year 400, the city was home to perhaps 200,000 people. 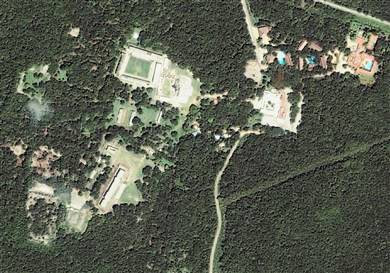 The ruins of Uxmal (pronounced "oosh-mahl") on Mexico's Yucatan Peninsula are among the best preserved of the Maya world and rich with astronomical wonders. At the 300-foot-long Palace of the Governor, for example, the central doorway lines up with the southernmost rise of the planet Venus. At the Pyramid of the Magician, which dominates the center of the site, the western staircase faces the setting sun at the summer solstice. 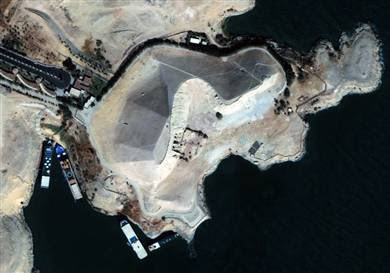 For most of the year, four statues in the deepest recess of the main temple at Abu Simbel in Egypt are shrouded in darkness. But on Feb. 21 and Oct. 22, a shaft of sunlight pierces the room. According to legend, the first penetration is believed to be the birthday of Pharaoh Rameses II, who had the monument carved out of a mountainside in the 13th century B.C. The October date is thought to mark his coronation. A note for modern-day visitors: The entire site was raised 300 meters between 1964 and 1968 to prevent flooding caused by construction of the Aswan High Dam. 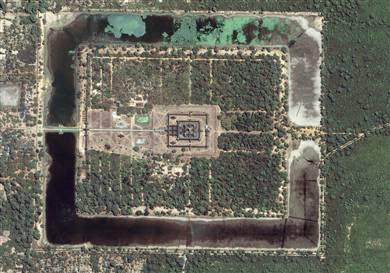 Some scholars believe that Angkor Wat, the renowned Hindu temple complex in Cambodia that was constructed as a tomb for King Suryvaram II in the 12th century, is infused with astronomical themes. For example, at the equinox, an observer standing in front of the western entrance gate will see the sun rise directly over the central tower of the temple. At the summer solstice, the western vantage point yields sunrise over Phnom Bok, a major hill. "To the ancient Khmers, astronomy was known as the sacred science," researchers noted in a 1976 Science study. 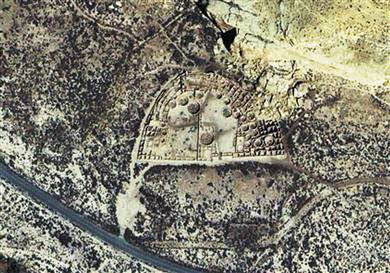 Shortly after sunrise on the summer solstice, a beam of light pierces a lone window on the north-northeast side of the great kiva, Casa Rinconada, in New Mexico's Chaco Canyon, and lights up a large, irregularly spaced niche on the western wall. Many people view the alignment as an intentional marker to celebrate the longest day of the year. However, at one point in the past, a room may have blocked the window, and a support beam for the roof of the ceremonial structure may have been placed between the window and niche, casting doubt on intentional alignment. Nevertheless, the north and south doors of the great kiva are nearly perfectly aligned with true north, suggesting astronomical savvy. 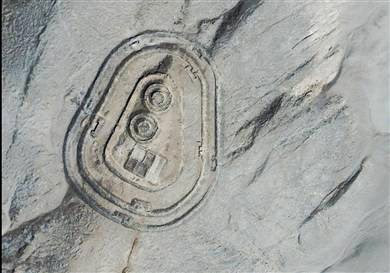 Archaeologists have long debated the significance of a fortified hilltop structure at Chankillo in the coastal desert of Peru, but the provenance of a line of 13 towers along a nearby hill is no longer in doubt: It's a solar observatory. The towers span the arc of the rising and setting sun from the summer to winter solstice when viewed from observing points on the east and west sides, according to research published in March 2007. The observatory dates to the 4th century B.C. 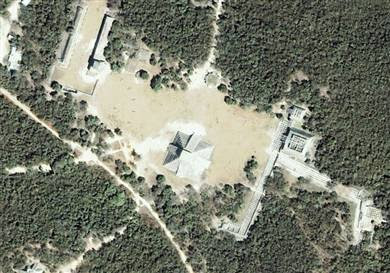 Chichen Itza: Stairway for a serpent

During the equinox sunset, the shadow of a serpent slides down the western flank of the northern staircase of El Castillo, a Maya pyramid at Chichen Itza on Mexico's Yucatan Peninsula. The pyramid was built between the year 1000 and 1200 as a temple to the god Kukulcan, the Feathered Serpent. Other astronomical wonders at the pyramid include axes that orient with the rising sun at the summer solstice and setting sun at the winter solstice. And each of the pyramid's four sides has a stairway of 91 steps. Together with the shared platform at the top, that totals to 365 steps – the number of days in a year.
Posted by Gregory LeFever at 12:44 PM

great list you have but the photo you have associated with "Casa Rinconada: A solstice marker?" is not Casa Rinconada it is Pueblo Bonito. Casa Rinconada is roughly 1/4 mile farther to the south, on the south side of the wash. Also there is a much more significant ancient observatory just a little farther down the canyon that not only marks the solar solstice but also the solar equinox and the 19 year lunar cycle as well. As I recall it is the only ancient observatory that marks both the cycles of the moon and the sun both. It is call the Sun Daggers.

Thank you, Anon., for clarifying the photo and the associated sites. Very interesting!