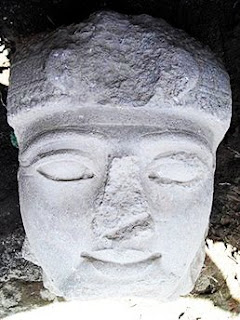 Archaeologists have unearthed a bust of Ramses II in the Nile Delta, leading them to believe they are close to finding a long-sought temple belonging to the pharaoh.

"The head is 76 cm high (around 30 inches), the nose is broken, and the false beard that was once attached to the king's chin is missing," Zahi Hawass, chief of Egyptian antiquities, said. "The discovery is important because it may indicate that the excavators are close to the ruins of a major temple of Ramses II in the area.”

Click here for the AFP article.
Posted by Gregory LeFever at 10:59 AM