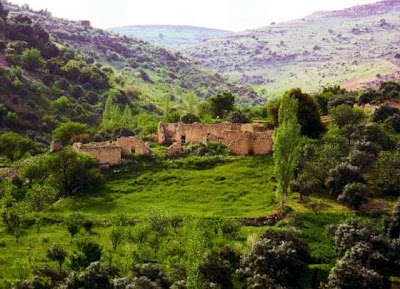 The Jordan Valley near Jericho, near where the ancient figs were found.
An assortment of ancient figs found near Jericho in Israel have convinced archaeologists that Neolithic man began using agriculture at least a thousand years earlier than previously thought.

The figs are estimated to be 11,400 years old. They had been ripened and then dried for human consumption. 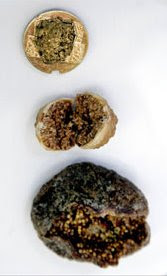 Previously, archaeologists believed the earliest agriculture was domestication of cereal grains and legumes, such as peas and beans. The oldest cultivated fruits were believed to have been olives and grapes dating from the eastern Mediterranean about 6,000 years ago.

Agriculture has long been viewed as having many phases as humans shifted from scattering wild grains to raising domesticated cereal crops. “Domestication of the fig seems to comprise a new stage,” says Mordechai Kislev, an early-agriculture specialist with Bar-Ilan University.

The nine figs recovered from the Jordan Valley near Jericho lacked embryonic seeds, which means they were cultivated and not wild. Fruit fragments from the site suggest humans were maintaining the fig trees by planting live branches in the ground.

“The early propagation of fig trees, if true, has a rather important effect on the way we view the Neolithic age,” says archaeologist Joy McCorriston of Ohio State University.