Church to Darwin: "Sorry We Misunderstood." 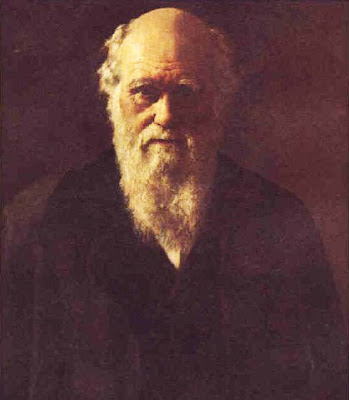 Christians, in their misunderstanding of Charles Darwin, are committing the same mistake they made in the 17th Century in doubting Galileo when he said the earth revolves around the sun.

That’s the official conclusion of the Church of England and is being stated formally in an apology to Darwin (1802-1889). The apology is addressed directly to Darwin himself – 126 years after his death. It is to be posted on the church’s website and released formally, stating:

Charles Darwin: 200 years from your birth, the church of England owes you an apology for misunderstanding you and, by getting our first reaction wrong, encouraging others to misunderstand you still. We try to practice the old virtues of 'faith seeking understanding' and hope that makes some amends.

Darwin, in his 1859 book On the Origin of Species, established evolution by common descent as the dominant scientific explanation of diversification in nature.

Opposition to Darwin's evolutionary theories is still "a litmus test of faithfulness" for some Christian movements. The Church of England, in support of its apology, says such attitudes are rooted in perceived threats to Christianity.
Galileo (1564-1642) was the most noted astronomer and scientist of his era, and his belief that the earth orbited the sun was considered heresy by the Catholic Church. The church – as has been the case with Darwin’s teachings - prohibited advocacy of Galileo's teachings on grounds it was contrary to the literal meaning of Scripture. Galileo, at the hands of the Inquisition, was eventually forced to recant, and spent the last years of his life under house arrest.
Click here for Times of India article.
Posted by Gregory LeFever at 8:46 AM