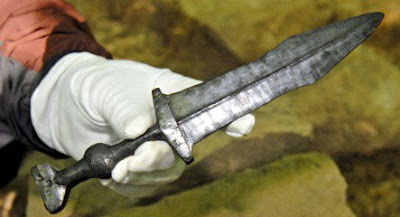 
Archaeologists are rewriting history with the discovery of the site of a third-century battle between Roman soldiers and Germanic tribes in what is now Germany’s Lower Saxony.

“The find can be dated to the third century and will definitely change the historical perception of that time,” archaeologist Henning Haßmann said last week. “The find indicates a massive Roman military presence."
Until now historians believed that the battle of the Teutoburg Forest ~ which took place in 9 AD ~ resulted in the Roman’s Empire withdrawal from Germania without any further attempt to conquer the land beyond the Rhine River. But the unearthing of the battleground near the village of Kalefeld proves Rome didn't give up its expansionary ambitions until much later than previously assumed.

“It is pretty normal to find evidence of Roman culture all over even up in Scotland, but a find like this in northern Germany is really amazing,” Haßmann said. “And it's spectacularly well preserved.”

The dig has already brought some 600 artifacts to light during the last three months, most of them ancient weapons. 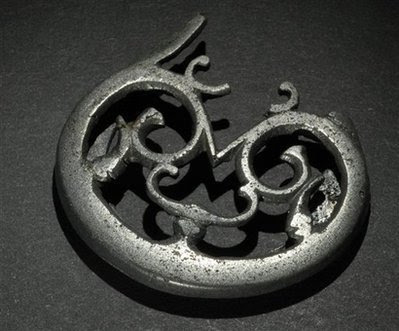 This recovered decorative piece is part of a Roman binder for a knife case. 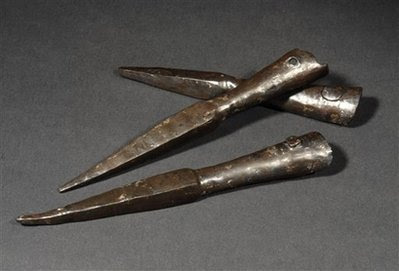 Here are three catapult arrow tips recovered from the Lower Saxony battlefield.
Posted by Gregory LeFever at 9:35 AM