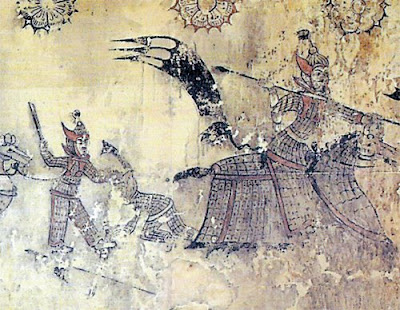 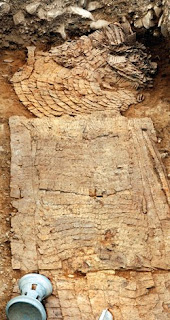 “This is the first time in East Asia that such complete sets of the armor of the heavily armed cavalrymen have been found,” Lee Geon-mu, the chief of the Cultural Heritage Administration, said. “It’s also the first evidence of the existence of the Silla cavalrymen.”
Scale armor is made of hundreds of small, intricately connected metal pieces. Compared to ordinary metal armor, scale armor makes it a lot easier for warriors to move, significantly enhancing the mobility of the entire army.

“Scale armor is known to have been used in other countries like China, but in Korea it only existed in rock paintings that we haven’t seen in person,” Lee said.

Murals from the era show that scale armor was used during the Three Kingdoms period, but without any hard evidence, Korean archaeologists have only been able to guess at what the armor might have looked like.