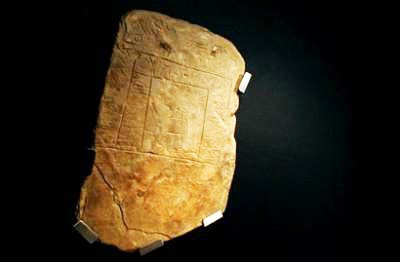 Tablet showing some of the rare Southwest Script.

Discovery last year of a 2,500-year-old slate in southern Portugal has added to knowledge ~ but not unlocked it ~ concerning one of the world’s most enigmatic languages, called Southwest Script.

Southwest Script is one of just a handful of ancient languages about which little is known. Its obscurity has provided fertile ground for competing theories about who wrote these words, but scientists generally agree the texts date from between 2,500 and 2,800 years ago.

Writing is Not Standardized

According to the Associated Press, most experts have concluded the tablets were authored by a people called Tartessians, a tribe of Mediterranean traders who mined for metal in these parts but disappeared after a few centuries.

If all the Southwest Script found so far were transcribed onto paper, it would still barely fill a single sheet.

A major translation difficulty is that the writing is not standardized. It seems certain that it was adapted from the Phoenician and Greek alphabets because it copied some of their written conventions. Experts have identified characters that represent 15 syllables, seven consonants and five vowels. But eight characters, including a kind of vertical three-pronged fork, have confounded attempts at comprehension.

May Have Been Gravestones

There's also the problem of figuring out what messages the slate tablets are intended to convey. Even when they can read portions of text, scientists don't really understand what it is saying.

There are clues, however. The symmetrical, twisting text gives the impression of a decorative flourish. Some stones also feature crudely rendered figures, such as a warrior carrying what appear to be spears. The lower part of the rectangular stones is left blank as if intended to be stuck in the ground.

That has led experts to a supposition: The tablets may have been gravestones for elite members of local Iron Age society.

Posted by Gregory LeFever at 1:12 PM