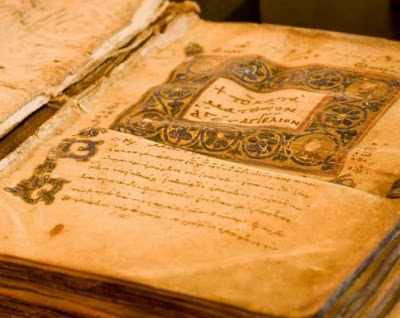 Scholars have long argued the origins of many medieval manuscripts, but modern advances in genetics may provide important information, according to ScienceDaily.

Many medieval manuscripts were written on parchment made from animal skin. North Carolina State Assistant Professor of English Timothy Stinson is working to perfect techniques for extracting and analyzing the DNA contained in these skins with the long-term goal of creating a genetic database that can be used to determine when and where a manuscript was written.

"Dating and localizing manuscripts have historically presented persistent problems," Stinson told ScienceDaily, "because they have largely been based on the handwriting and dialect of the scribes who created the manuscripts ~ techniques that have proven unreliable for a number of reasons."

A Hundred Skins Per Manuscript

Stinson says genetic testing could resolve these issues by creating a baseline using the DNA of parchment found in the relatively small number of manuscripts that can be reliably dated and localized. Each manuscript can provide a wealth of genetic data, Stinson explains, because a typical medieval parchment book includes the skins of more than 100 animals.

Posted by Gregory LeFever at 12:27 PM