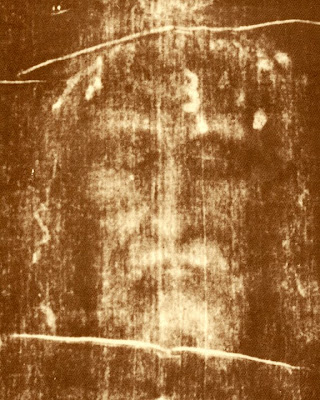 The Vatican – in a surprise announcement this week – revealed that members of the Knights Templar hid and secretly venerated the Shroud of Turin for more than a century following the Crusades.

The linen shroud has been revered as the cloth in which Jesus was buried. In 1898 a photographic negative revealed the image of a bearded, wounded man somehow embedded in the fabric. The shroud disappeared from Constantinople in 1204 and resurfaced in the mid 1300s, leaving a century when its whereabouts a mystery.

The Knights Templar were founded at the time of the First Crusade in the eleventh century to protect Christians making the pilgrimage to Jerusalem.

Barbara Frale, a researcher in the Vatican Secret Archives, recently found a document in which Arnaut Sabbatier ~ a young Frenchman who entered the Knights Templar order in 1287 ~ testified that as part of his initiation he was taken to “a secret place to which only the brothers of the Temple had access.” There he was shown “a long linen cloth on which was impressed the figure of a man” and instructed to venerate the image by kissing its feet three times.

The Vatican now believes the Knights Templar rescued the shroud in Constantinople to ensure it didn’t fall into the hands of heretical groups such as the Cathars, who claimed Christ did not have a true human body, only the appearance of a man, and could therefore not have died on the Cross and been resurrected.

Radiocarbon dating tests on the Turin Shroud in 1988 indicated it was a medieval fake. However this had been challenged on the grounds that the dated sample was taken from an area of the shroud mended after a fire in the Middle Ages and was not a part of the original cloth. 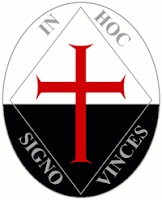 The Vatican has not declared whether it is genuine or a forgery, leaving it to believers to decide. The late John Paul II said it was “an icon of the suffering of the innocent in every age.” Self-proclaimed heirs of the Knights Templar have asked the Vatican to “restore the reputation” of the disgraced order and acknowledge that assets worth some £80 million were confiscated.

Click here for the complete London Times article and a 2-minute video about the shroud.
At top is a photographic images from the shroud. Painting is a depiction of a Knights Templar member, and the society's insignia is at left.
Posted by Gregory LeFever at 1:12 PM