Shroud's Age to be Re-Tested 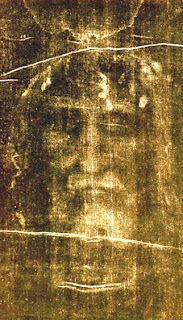 Scientists at Oxford University have agreed – at the urging of an American physicist – to do new radiocarbon tests to determine the age of the mysterious Shroud of Turin.

The 14-by-4-foot linen cloth is stained with the image of an injured man and through the centuries has been purported by some to be the burial shroud of Jesus of Nazareth. That idea was dashed in 1988 when extensive radiocarbon tests concluded the cloth dated only as far back as the Middle Ages. Oxford University participated in the radiocarbon testing of the shroud at that time.

The physicist, John Jackson of the University of Colorado, has doubted the radiocarbon findings since they were done. He believes the readings were skewed by elevated levels of carbon monoxide and that the findings could be as much as 1,300 years off.

“It’s the radiocarbon date that, to our minds, is like a square peg in a round hole,” Jackson told the Los Angeles Times. “It’s not fitting properly, and the question is why?”

He has convinced the Oxford scientists that he may be right. Christopher Ramsey, head of the Oxford Radiocarbon Accelerator Unit, said: “There is a lot of other evidence that suggests to many that the shroud is older than the radiocarbon dates allow, and so further research is certainly needed.”