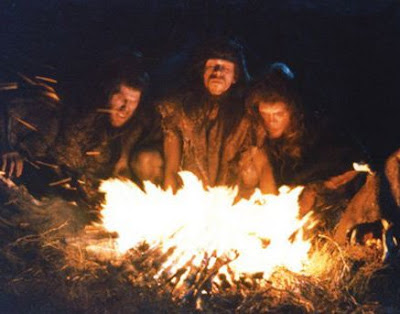 A big jump in human intelligence about 150,000 years ago likely was due to man learning to cook. Food prepared over a fire is easier to digest, which frees up more energy for the brain and may have resulted in cognitive advances capable of creating civilizations.

The new research is the work of scientists at the Partner Institute for Computational Biology in Shanghai and was published in this month’s edition of the journal Genome Biology.

According to Philip Khaitovich of the institute, the human brain grew substantially in size about 2 million years ago when man’s diet expanded to include meat, as an example. But further development of the brain stalled from then until about 150,000 years ago.

That’s about the time man first developed the cooking hearth, resulting eventually in a major cognitive difference between humans and apes. Cooking breaks down fibers in foods, lessens the caloric needs of the digestive system, and makes nutrients more readily available to the brain. When they began eating cooked food, humans acquired the ability to develop new tools, such as needles for beadwork and many others. Humans also began to think more abstractly, leading to development of art and religion.

Some scientists are also wondering if this evolutionary cognitive spurt may have happened too quickly. A number of man’s most common mental health problems, ranging from depression and bipolar disorder to autism and schizophrenia, may be by-products of the metabolic changes that happened in an evolutionary blink of an eye, Khaitovich told Live Science online magazine.

Click here for the Live Science article.
Image above from 1981 movie Quest for Fire.
Posted by Gregory LeFever at 10:47 AM