Romulus Murder Site to be On Display 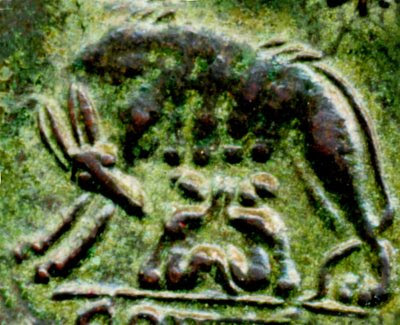 Romulus and brother Remus and the she-wolf from an image on an ancient Roman coin.


After a half-century of being hidden beneath a slab of concrete, people will be able to view the black marble paving stones ~ called the “Lapis Niger” ~ where Romulus, the first king of Rome, was brutally murdered.

Professor Angelo Bottini, Superintendent of Archeology in Rome, said the underground spot where Romulus is traditionally said to have been killed and dismembered, had been covered over with cement since the 1950s. Recent rains had damaged the covering, and he’s decided to remove it.

According to legend the twins Romulus and Remus jointly founded Rome in the eighth century BC. Romulus became sole ruler after killing Remus in a dispute over omens indicating which of them had the support of the gods. However, Romulus fell foul of the Senate, and was murdered at the age of 53 in 717 BC. According to the historian Plutarch, the senators were "exasperated by the imperious behaviour of Romulus toward them, and plotted against his life.”

Legend has it that Romulus and Remus were the grandsons of Numitor, ruler of the kingdom of Alba Longa who was deposed by his brother Amulius. The brother ordered a slave to kill the twins, but instead they were cast into a river in a basket and saved by a she-wolf, who suckled them until a shepherd found them.

Some scholars believe the word "Lupa" refers not to a wild animal but to a woman, since it was the nickname for a prostitute.

Posted by Gregory LeFever at 8:44 PM