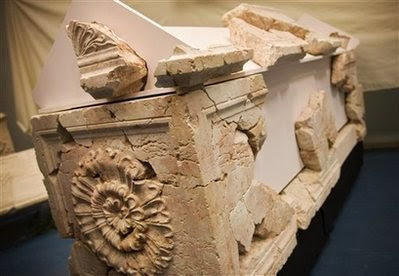 Remains of the sarcophagus believed to be King Herod's. 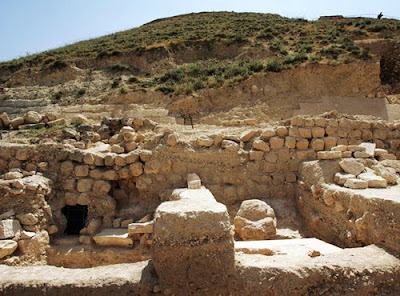 Excavations at Herod's tomb at Herodium.

An Israeli archaeologist believes he has unearthed the 2,000-year-old remains of two limestone sarcophagi that contained remains of one of Herod's wives, Malthace, and a daughter-in-law.
Other findings announced by Ehud Netzer of Jerusalem's Hebrew University provided new evidence of the lavish lifestyle of the Roman-era monarch known as the "King of the Jews." Herod, a Roman-anointed king who ruled Judea from 37 BC until his death in 4 BC.
The Gospel of Matthew accuses Herod of ordering the Massacre of the Innocents ~ the slaughter of male infants in Jesus' birthplace of Bethlehem ~ out of fear of losing his throne.
At a visit to the dig site in Herodium, outside Jerusalem in the occupied West Bank, where one of Herod's palaces once stood, Netzer on Wednesday showed reporters evidence of what he said was a mausoleum at the site where the remains of the sacrophagi had been found. Some bones were also found nearby but Netzer could not verify they belonged to any of the Herod dynasty.
Jewish Rebels Destroyed Casket

After Herod's death in the 1st century B.C., Herodium became a stronghold for Jewish rebels fighting Roman occupation, and the palace site suffered significant battle damage before it was destroyed by Roman soldiers in A.D. 71, a year after they razed the Second Temple in Jerusalem.
The insurgents reviled the memory of Herod as a Roman puppet. Netzer and his team believe that the violence inflicted on the first stone casket they found suggests the rebels knew it held the king's bones.
"That sarcophagus was found shattered all over the place. It seems it was taken from its place and was destroyed in a fit of rage," said Roi Porat, one of Netzer's assistants on the digs. "That, among other things, is what tells us it was the sarcophagus of Herod."
Netzer said the remains of the monarch and his relatives likely disappeared when their tombs were smashed, possibly by Jewish rebels against the Romans from 66 to 72 AD.
Frescos Depict Farm Scenes 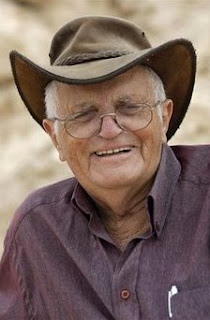 Netzer (shown at left) said his team was surprised when they came across further evidence of Herod's cushy lifestyle, a well-preserved mural of gazelles decorating walls of what Netzer believes was luxury seating for a theater.
“What we found here, spread all around, are architectural fragments that enable us to restore a monument of 25 meters high, 75 feet high, very elegant, which fits Herod's taste and status," he said.
In Herod's private box at the auditorium, diggers discovered delicate frescoes depicting windows opening on to painted landscapes, one of which shows what appears to be a southern Italian farm, said Porat. Just visible in the paintings, dating between 15 and 10 B.C., are a dog, bushes and what looks like a country villa.
Site surveyor Rachel Chachy-Laureys said the paintings were executed using techniques unknown in the Holy Land at the time and must have been done by artisans imported from Rome. "There has been no other discovery of this type of painting in the Middle East, as far as we know, until now,” she said.
Click here for the Reuters article.
Click here for the Associated Press article.
Click here for Herod info ~ plus a video ~ from National Geographic. 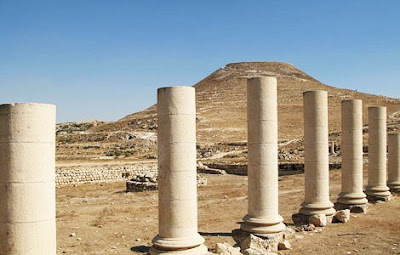 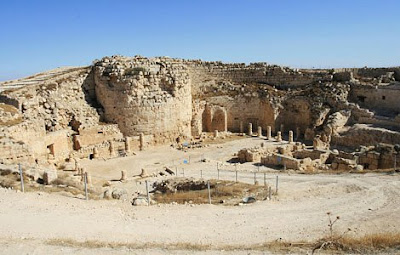 View of the fortress at upper Herodium. 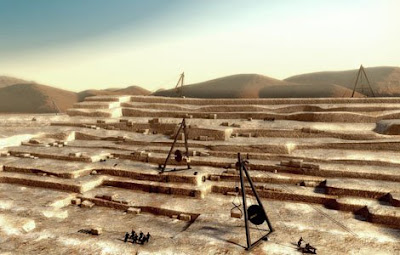 Herodium also was a pleasure palace for Herod.
Posted by Gregory LeFever at 5:21 PM