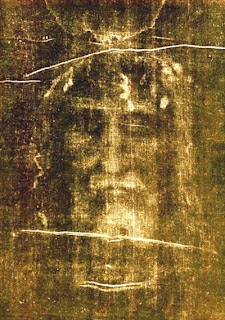 One of Christendom’s most revered relics ~ the linen shroud that allegedly covered Jesus after his crucifixion ~ was dealt a blow Monday when scientists announced they could reproduce the mysterious image of a wounded man, using techniques available in the 14th century.

The Shroud of Turin is believed by man to bear the figure of a crucified man, with blood seeping out of his wounds in his hands and feet. The shroud’s believers contend the image was impressed into the linen fibers supernaturally at the time of Christ’s resurrection.

The Italian Committee for Checking Claims on the Paranormal said Monday that new evidence points to the shroud as being a medieval forgery. According to the Associated Press:

In 1988, scientists used radiocarbon dating to determine it was made in the 13th or 14th century. But the dispute continued because experts couldn't explain how the faint brown discoloration was produced, imprinting on the cloth a negative image centuries before the invention of photography.

Many still believe that the shroud "has unexplainable characteristics that cannot be reproduced by human means," lead scientist Luigi Garlaschelli said in the statement. "The result obtained clearly indicates that this could be done with the use of inexpensive materials and with a quite simple procedure."

Garlaschelli said in an interview with La Repubblica daily that his team used a linen woven with the same technique as the shroud and artificially aged by heating it in an oven and washing it with water. The cloth was then placed on a student, who wore a mask to reproduce the face, and rubbed with red ochre, a well known pigment at the time.

The shroud is first recorded in history around 1360 in the hands of a French knight ~ a late appearance that is one of the reasons why some scientists are skeptical of its authenticity.

Click here for the Associated Press article.
Posted by Gregory LeFever at 6:14 PM