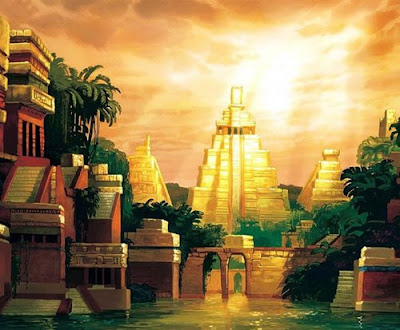 Artist's conception of El Dorado, based on conquistadors' accounts.
A book entitled The Lost City of Z by journalist David Grann ~ plus the recent discovery of some jungle-covered ruins in the Amazon basin ~ are igniting interest in the legendary golden city of (take your pick) Paititi, El Dorado, or simply Z.

Grann’s book follows the trail of Victorian adventurer Colonel Percy Harrison Fawcett who died in the Amazonian jungles searching for Z. There is some speculation, however, that he may have found his legendary destination prior to his death.

The entire Paititi-El Dorado-Z story is fascinatingly on a par with speculation about Atlantis and Lemuria, with tantalizing tales of current-day artifacts worth far more than their weight in gold when it comes to the evidence they could shed on a major lost civilization. 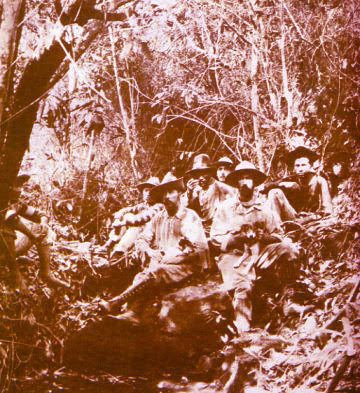 Fawcett (second from right) and his team in the Amazonian jungle, 1925.

Posted by Gregory LeFever at 2:35 PM