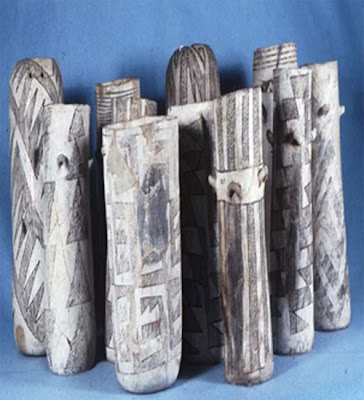 
Trading turquoise for chocolate likely linked ancient societies in the southwestern U.S. with Mesoamerican cultures in southern Mexico and Central America.
New research reveals that the Pueblo people living in the Southwest drank a cacao-based beverage imported from Mesoamerican cultures. In fact, large numbers of people throughout Pueblo society apparently consumed cacao, from low-ranking farmers to elite residents of multistory pueblos.
“Since cacao was consumed by both Pueblo elites and nonelites, active trading for cacao must have occurred with Mesoamerican states,” says archaeologist Dorothy Washburn of the University of Pennsylvania. Pueblo groups and an ensuing Southwest society traded turquoise for Mesoamerican cacao for about five centuries, from around 900 to 1400, according to findings of Washburn’s research team.
According to Science News:

Initial evidence of cacao drinking in Chaco Canyon surprised many archaeologists, who long have assumed that cultures of the Southwest and Mesoamerica had minimal contact. Yet previous Pueblo finds in Chaco Canyon include macaw remains, copper bells and decorative items that must have come from Mesoamerica, remarks archaeologist Ben Nelson of Arizona State University in Tempe.

“To find that cacao consumption was much more widespread strengthens the case for regular exchange with populations in Mesoamerica,” Nelson says. He has argued that leaders of ancient Southwestern societies appropriated selected aspects of Mesoamerican cultures for their own purposes, perhaps to justify their power and prestige.

Other researchers have matched the turquoise from mines in New Mexico to that of turquoise found at several Mesoamerican sites, including the Maya site of Chichen Itza.
Click here for the complete article.
Posted by Gregory LeFever at 7:30 PM