Birth of China Culture May Have Been Fragmented 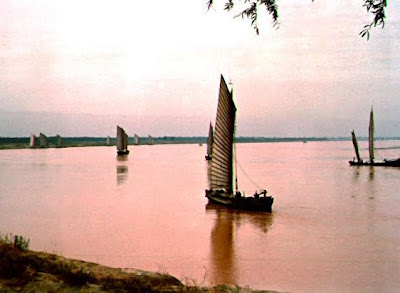 Stretch of the Yellow River in early evening.
New research casts serious doubt about China’s founding dynasty, dispelling the concept that the civilization arose as a single national culture along the Yellow River.

Since 2004, archeologists headed by Wang Wei of the Institute of Archaeology of the Chinese Academy of Social Sciences in Beijing have begun tying together a broader picture of China's origins.

“Most of us accepted that the Yellow River was the origin of Chinese civilization. But as we’ve done more research, we have found other cultural areas," Wei says.

In particular, the Xia dynasty ~ written about as the founder of the Chinese state by Confucius around 600 B.C. ~ seems suspect.

Click here to read the complete article.
Posted by Gregory LeFever at 12:35 PM