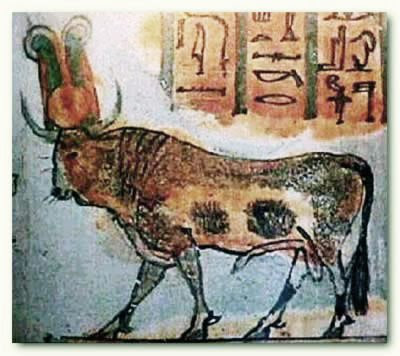 Neolithic people 5,000 years ago drove animals to Stonehenge from hundreds of miles away to slaughter them at ritual feasts.

Chemical testing on animal remains buried at Durrington Walls near Stonehenge show cattle and pigs raised as far away as Wales. The remains date from about 3000 BC, or some 500 years before the huge stone monoliths were erected at Stonehenge.

“We’re looking at communication networks and rituals that are bringing people from a large area of southern England to the Stonehenge area before the Stonehenge stones were in place,” says Dr. Jane Evans of the British Biological Survey in Nottingham. Her team analyzed the strontium content of the tooth enamel from cattle remains.

Archaeologists now believe the huge stones at Stonehenge originated in Wales, but that people were traveling long distances to visit the site and perform rituals there. There was no farming or livestock in the area of Durrington and Stonehenge at the time, so people brought their own animals for feasting.

Click here for the Guardian article.
Posted by Gregory LeFever at 11:40 AM