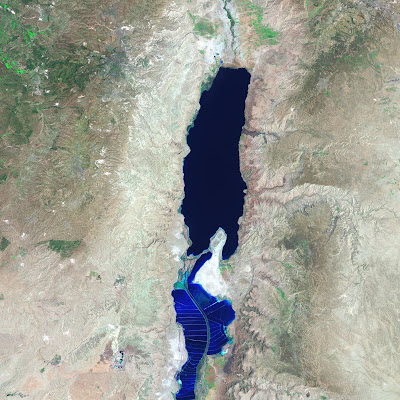 New focus for finding Sodom is on an area northeast of the Dead Sea.


Scientists in search of the Biblical cities of Sodom and Gomorrah are shifting their attention to the north side of the Dead Sea, based on new interpretations of the Biblical text. According to Popular Archaeology, attention has focused on “Zoar” as mentioned in Genesis 13:10. Using Zoar as their operative word, many scholars sought Zoar, but turned up nothing.

What is now emerging as the most promising new prospect for Sodom, according to a number of scholars, is a site called Tall el-Hammam located approximately 14 kilometers northeast of the Dead Sea in the fertile southern Jordan River Valley of Jordan. Nestled among lush agricultural fields, it is a mound (or Tall) that rises conspicuously from a ground space encompassing one square kilometer, a very large site by any comparison. Dr. Steven Collins of Trinity Southwest University began research related to Sodom by carefully examining the biblical text in Genesis, along with geographic study and intense, broad-based archaeological surveys. All indicators brought him to the location of Tall el-Hammam.

"If rigorous scholarship and responsible, objective archaeology confirm a link between Tall el-Hammam and Sodom or other possible biblical associations, then so be it,” Collins says. “If the same approach suggests that such connections are not warranted, then so be it. But we must not hide from the possibilities because of bias one way or the other.”
Click here for the complete article and video.
Posted by Gregory LeFever at 9:01 AM