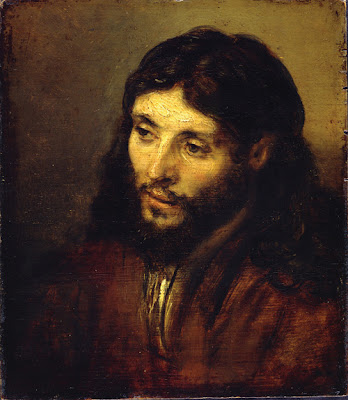 Christ as imagined by Rembrandt


The debate over whether Jesus actually existed in an historical sense is large, with much intensity on both sides of the question. That’s why I find it especially interesting when a self-proclaimed agnostic who also happens to be a leading biblical scholar decides to take a bold position.

Ehrman, historian and professor of religious studies at the University of North Carolina Chapel Hill and author of several best-sellers relating to the Bible, recently published Did Jesus Exist? The Historical Argument for Jesus of Nazareth, which investigates the historical evidence regarding the existence of Jesus.

Ehrman says there is a large contingent of people claiming that Jesus never did exist, and he calls them the mythicists.

"It was a surprise to me to see how influential these mythicists are," Ehrman says. According to them, Jesus was never mentioned in any Roman sources and there is no archeological evidence that Jesus ever existed. Even Christian sources are problematic – the Gospels come long after Jesus' death, written by people who never saw the man.

"Most importantly," he explains, "these mythicists point out that there are Pagan gods who were said to die and rise again and so the idea is that Jesus was made up as a Jewish god who died and rose again."

In his book, Ehrman marshals all of the evidence proving the existence of Jesus, "Paul knew Jesus' brother, James, and he knew his closest disciple, Peter, and he tells us that he did," Ehrman says. "If Jesus didn't exist, you would think his brother would know about it, so I think Paul is probably pretty good evidence that Jesus at least existed," he says.

Ehrman builds a technical argument and shows that one of the reasons for knowing that Jesus existed is that if someone invented Jesus, they would not have created a messiah who was so easily overcome.

Click here for the NPR article and audio discussion.
Posted by Gregory LeFever at 1:10 PM