Stonehenge Site Important Even Before Stones 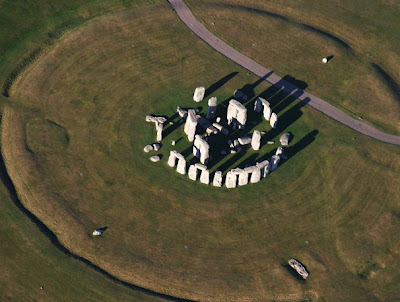 Newly unearthed evidence points to the Stonehenge area in England being an important site for Stone Age people thousands of years before the famous monolithic stones were erected.
A team of student archaeologists has uncovered a huge cache of artifacts belonging to hunter-gatherers from the middle of the Stone Age, including the remains of a gargantuan Mesolithic-era feast, which took place close to Stonehenge.The site has also yielded what are believed to be the oldest carved figurines yet found in the UK, indicating a continuity of human presence in what seems to have been a sacred spot for thousands of years.
According to the Independent:

With the tools were animal remains, including what Jacques and his team thought was a cow’s tooth, which they sent away for radiocarbon dating. The result was an astonishingly early date of around 6250 BC, firmly in the Mesolithic period and more than 3,000 years before construction on Stonehenge began. Further excavations ensued and, by the end of September 2011, the team had uncovered a rare Mesolithic hoard of more than 5,500 worked flints and tools from just two small trenches 35m away from each other.

As well as the tools and tool production debris, large quantities of burnt flint were found, indicating a fire, and more than 200 cooked animal bones, which came not from a cow, but from at least one aurochs – a gigantic creature resembling a buffalo that is now extinct.

Archeologists are linking the recent finds to the mysterious Stonehenge “totem poles,” three colossal Mesolithic post holes found during the excavation of the Stonehenge car park some years ago ~ another clue that the area was important to people in the Mesolithic era.
Click here for the complete article.
Posted by Gregory LeFever at 8:32 AM

So people lived in the area where Stonehenge was later built, hardly a surprise. And natural flint nodules that look like 'ducks' well.....