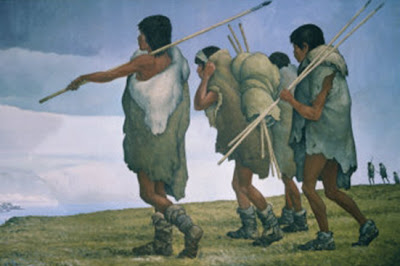 
Northern European populations ~ British, Scandinavians, French and Eastern Europeans ~ descend from a mixture of two ancestral populations, one of which is related to Native Americans. This genetic discovery helps understanding of both Native American and Northern European ancestry, while explaining genetic similarities among the very divergent groups.
According to Science Daily, quoting Nick Patterson, first author of the report published in the November issue of Genetics magazine:

"There is a genetic link between the paleolithic population of Europe and modern Native Americans. The evidence is that the population that crossed the Bering Strait from Siberia into the Americas more than 15,000 years ago was likely related to the ancient population of Europe."