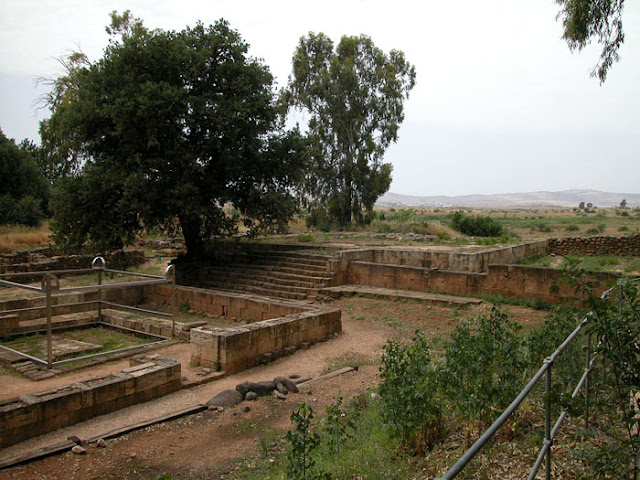 Ancient Egyptian texts and cuneiform tablets from Mesopotamia document Dan’s significance during the second millennium BC.  Later, during the Iron Age, Aramaeans, Israelites, and Assyrians battled over the city. Dan was a recognized cultic center even into the Greco-Roman period.
Click here for the complete article and more photos.
Posted by Gregory LeFever at 4:12 PM