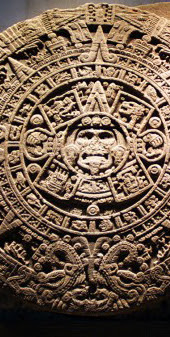 "The date acquired a symbolic value because it is seen as a reflection of the day of creation," Gronemeyer said. "It is the passage of a god and not necessarily a great leap for humanity."
Click here for the article.
Posted by Gregory LeFever at 1:40 PM