Indus Civilization Collapse Due to Heat 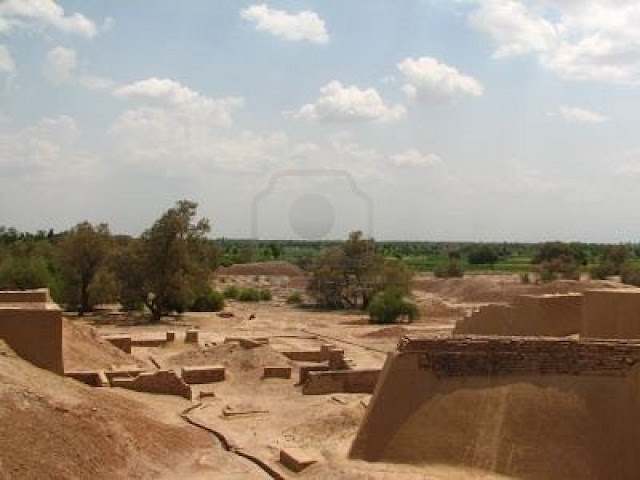 Ruins of Harappa in the Indus valley of today's Pakistan.


New research indicates that a cycle of global warming brought an end to the massive Indus civilization.
"Antiquity knew about Egypt and Mesopotamia, but the Indus civilization, which was bigger than these two, was completely forgotten until the 1920s," says researcher Liviu Giosan, a geologist at Woods Hole Oceanographic Institution in Massachusetts.
He and others are using indicators such as river sediment to track the effects of climate on the civilization.
According to LiveScience.com:

"Our research provides one of the clearest examples of climate change leading to the collapse of an entire civilization,” Giosan said.

The researchers first analyzed satellite data of the landscape influenced by the Indus and neighboring rivers. From 2003 to 2008, the researchers then collected samples of sediment from the coast of the Arabian Sea into the fertile irrigated valleys of Punjab and the northern Thar Desert to determine the origins and ages of those sediments and develop a timeline of landscape changes.

"It was challenging working in the desert — temperatures were over 110 degrees Fahrenheit all day long (43 degrees C)," Giosan recalled.

These findings are expected to influence where future archaeological explorations will be conducted regarding the development and fate of the Indus civilization.
Click here for the article.
Posted by Gregory LeFever at 12:40 PM