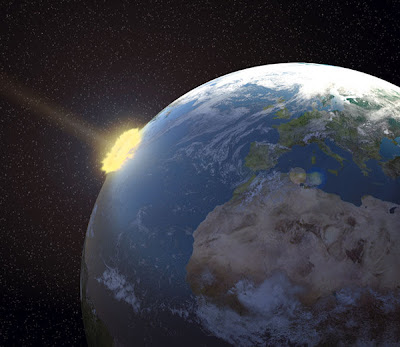 A tenacious theory that explained the disappearance of the Clovis people ~ arguably North America’s first humans ~ is being strongly disputed by scientists who say it’s impossible.
The hypothesis is that a speeding comet nearly 13,000 years ago was the culprit, spraying ice and rocks across the continent, killing the Clovis people and the mammoths they fed on, and plunging the region into a deep chill.

Now a host of scientific authorities are making the case that the comet theory is “bogus.” Researchers from multiple scientific fields are calling the theory one of the most misguided ideas in the history of modern archaeology, which begs for an independent review so an accurate record is reflected in the literature.

“It is an impossible scenario,” says Mark Boslough, a physicist at Sandia Laboratory in Albuquerque, N.M., where he taps the world’s fastest computers for nuclear bomb experiments to study such impacts. His computations show the debris from such a comet couldn’t cover the proposed impact field. In March, a “requiem” for the theory even was published by a group that included leading specialists from archaeology to botany.
Click here for the complete article.
Posted by Gregory LeFever at 8:09 PM