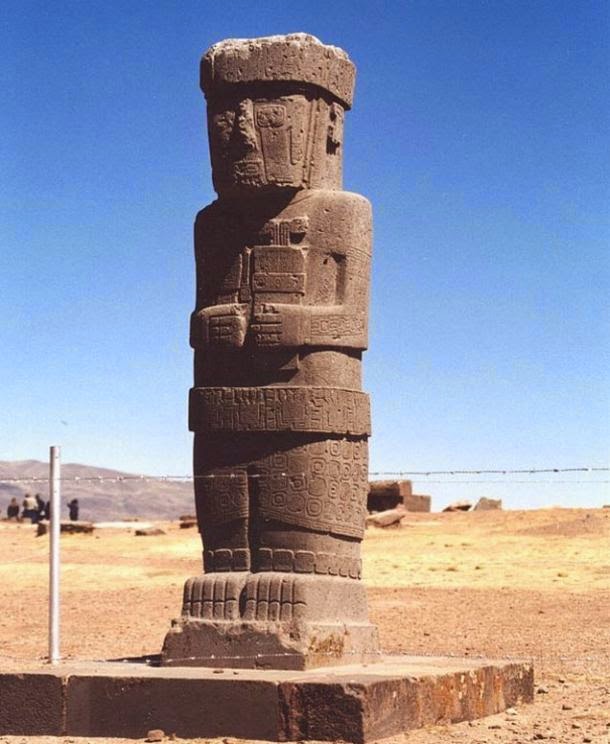 Archaeologists from the Tiahuanaco Archeological Research Center have discovered an underground pyramid at the site of the ancient fortress in western Bolivia, using ground-penetrating radar.

Meanwhile, the Bolivian government has announced excavations are set to begin this summer on the new find at the Kantatallita area of Tiahuanaco, about 40 miles west of La Paz. Using ground-penetrating radar, researchers say they’ve found “underground anomalies” that might be monoliths.

Ludwing Cayo, director of the Tiahuanaco Archeological Research Center told EFE News Agency that Tiahuanaco will be undergoing further investigations over the next five years. This is welcome news to some, as the site and stone monuments may have suffered from exposure weathering 4,000 meters above sea level.

It was the capital of an empire that extended into present-day Peru and Chile, flourishing from 300 to 1000 AD, and is believed to be one of the most important cities of ancient America.  Andean legends claim the area around Lake Titicaca was the cradle of the first humans on earth. According to the myths, Lord Viracocha, the creator of all things, chose it as the place of creation. The age of the Tiahuanaco ruins is unknown, but some researchers suggest that they date to 14,000 years BC.

Click here for the full article.
Posted by Gregory LeFever at 4:36 PM

I have often wondered whether what lies underneath is bigger and better than what we have discovered on the surface. Bit like an iceberg!

some of the best mens shoes available here
party footwear

Thank you for the interesting blog post! It is great to read this history blog.

This piece is very detailed and well-written. The use of references throughout the piece has increased the credibility of the information stated. The Tiahuanaco site is a major part of the history of Bolivia therefore it is a good idea that all of the ruins uncovered, even the dilapidated ones are preserved in a museum.

I wish there was a more explicit explanation of the technology used to discover the pyramid. Additionally, I hope that the blog is updated to include the results and research from future excavations.