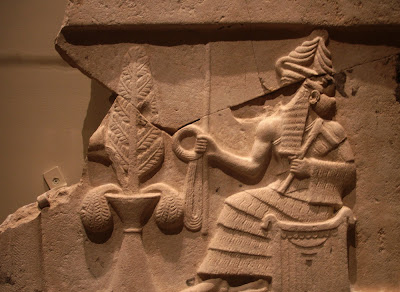 Image is Mesopotamian stela depicting the god Nanna from around 2080 BC.
Click here for the article.
Posted by Gregory LeFever at 2:41 PM