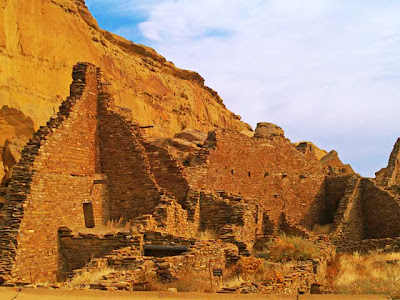 Patterns of human remains and other artifacts found within the great house mortuaries suggests that the long-observed disparity in burial numbers between small houses and great houses in the canyon may be due to the presence of social hierarchies ~ suggesting that only Chaco elites were buried in great houses, where their status was legitimized through ritual links to ancestors and cosmological forces.
Click here for the PhysOrg.com article.
Posted by Gregory LeFever at 3:12 PM