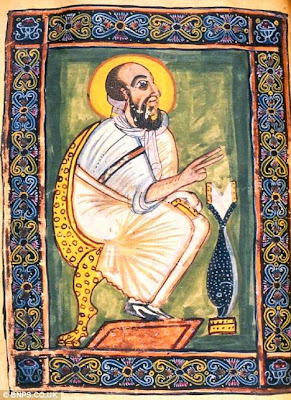 Though occasional travelers have mentioned the texts since the 1950s, it was thought they dated from the 11th century at the earliest. Carbon dating, however, gives a date between 330 and 650, overlapping the date Abba Garima arrived in the country.
Click here for the complete article.
Posted by Gregory LeFever at 4:55 PM

After the fire and all the invasions maybe a higher power was watching over the book and kept it safe for a reason we have yet to discover.

Good point, Ryan. Thanks for visiting!